Hello! My name is

. I am an assistant professor at West Virginia University and part of the SNA TIG. In this post, I would simply like to discuss how the history of social networks impacted you.

In 1967, Stanley Milgram sent out 160 packages to random people in Omaha, Nebraska. Within each parcel, he provided a name and address of the same target individual residing in Boston but requested that the package be forwarded to someone they knew on a first name basis. This process continued until the packages reached their final destination or had become untraceable. Milgram reported that the number of stops taken to get from Omaha to Boston had a median score of five contacts – implying “six degrees of separation.”

Several years later in 1995, there were two mathematicians: Duncan Watts and his advisor Steven Strogatz. Duncan’s father asked him if he had heard of the idea that every person was only six handshakes away from the President. While neither person was aware of Milgram’s experiment, they became intrigued and researched the idea in secret. During this time in history, the notion that we were all connected by a measurable degree was thought to be nonsense.

Without any way to study the phenomena, they performed a thought experiment to find the most extreme cases. This meant they had to find the boundaries – i.e. every extreme way six billion people could be networked together. After some work they found ringworld, or a world where everyone is holding hands with someone they know in one big circle. Here your network is made of the 50 people to the left and the right where you communicate via the 50th friend. 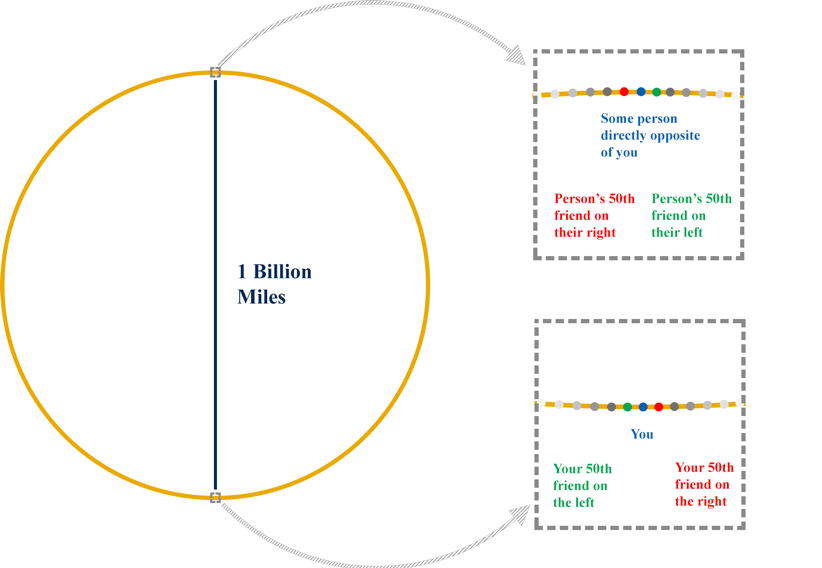 The question they asked was could you communicate with the person directly opposite of you in six degrees? The answer was a resounding no because it would take approximately 60 million degrees…just a bit off. The mathematicians then asked if every person was connected to everyone at random, were individuals separated by six degrees? and randomworld was born. 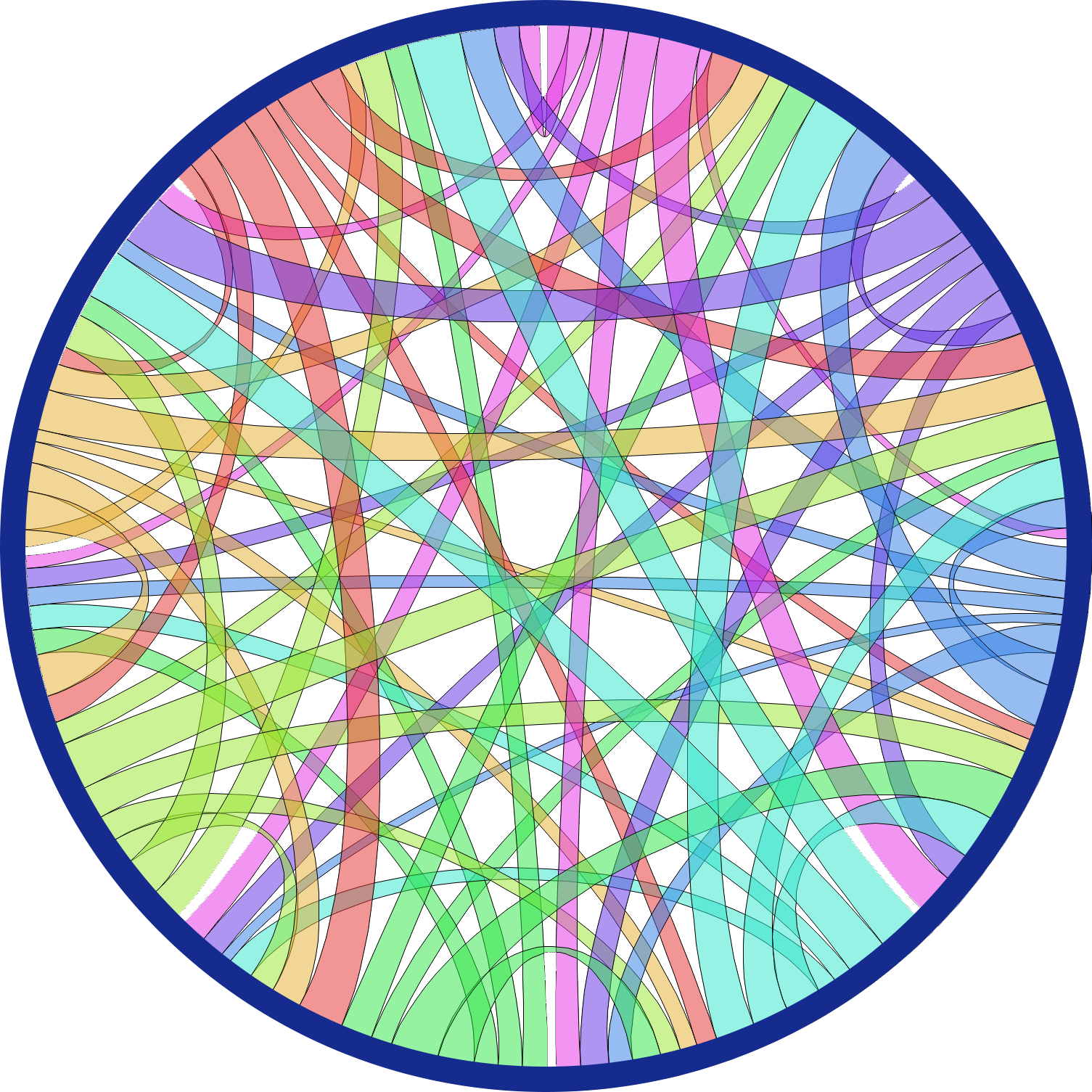 Here if you have 100 friends and each of those friends has 100 friends and so forth, then we actually find a network of 10 billion people which was beyond the world population. This was great except there was one tiny problem. Randomworld doesn’t look anything like our world either. Your friends and family aren’t chosen at random, so the researchers knew the answer had to lie somewhere else. They then used both ideas by taking ringworld and adding a few random connections across the circle. Think about having a network of people where everyone knows each other. Now add a person like a random friend on Facebook only you know. Sound familiar? 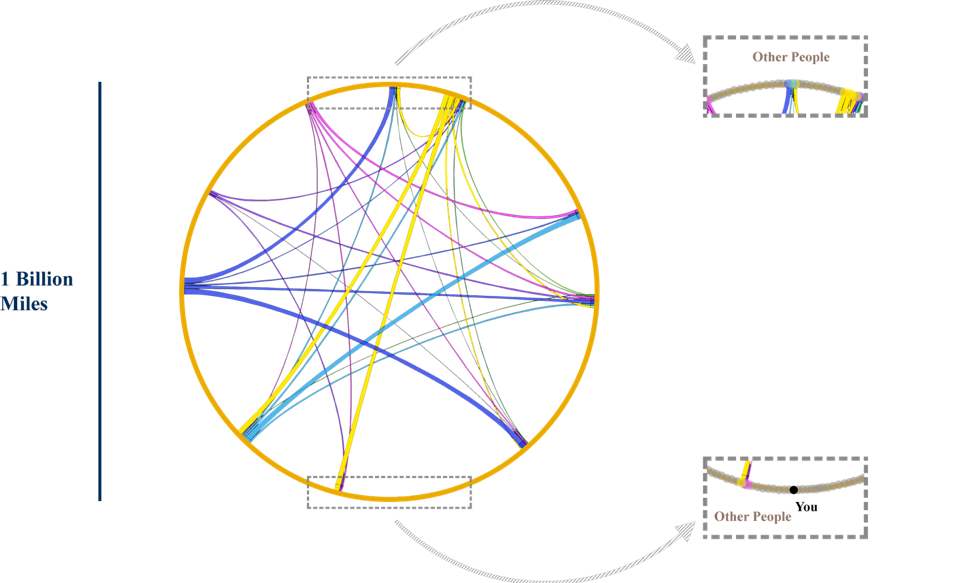 Leason Learned: The result was that we realized that connections between humans went from 60 million degrees of separation to just six! What happened afterwards?

The American Evaluation Association is celebrating Social Network Analysis TIG Week with our colleagues in the Social Network Analysis Topical Interest Group. The contributions all this week to aea365 come from our SNA TIG members. Do you have questions, concerns, kudos, or content to extend this aea365 contribution? Please add them in the comments section for this post on the aea365 webpage so that we may enrich our community of practice. Would you like to submit an aea365 Tip? Please send a note of interest to aea365@eval.org. aea365 is sponsored by the American Evaluation Association and provides a Tip-a-Day by and for evaluators.