This is a post in the series commemorating pioneering evaluation studies in conjunction with Memorial Day in the USA (May 28).

My name is Niels Dabelstein and in this week of commemorating pioneering evaluation studies, I am highlighting a five-volume report entitled The International Response to Conflict and Genocide: Lessons from the Rwanda Experience. It was the first international Joint Evaluation on conflict and humanitarian aid and no less than 37 donor, UN and NGO agencies cooperated. I chaired the Steering Committee for the evaluation. 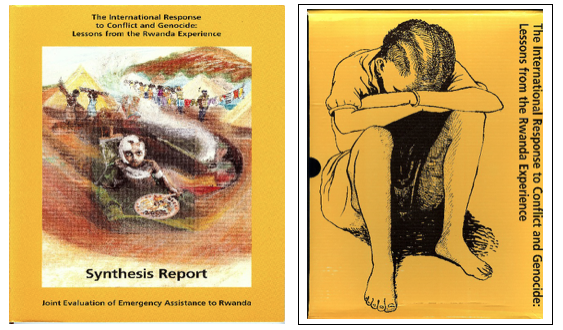 Published in March 1996 the evaluation report presented a comprehensive, independent evaluation of the events leading up to and during the genocide that occurred in Rwanda between April and December 1994, when some 800,000 people were killed. The report was a scathing critique of the way the “international community”, principally represented by the UN Security Council, had reacted – or rather had failed to react – to the warnings of, early signs of, and even to the full-blown genocide in Rwanda.

The evaluation’s main conclusion was that humanitarian action cannot be a substitute for political action. Yet, since then, with few exceptions the international community has responded to violence, mass killings and ethnic cleansing primarily by providing humanitarian assistance.

Given that the theme of the 2018 annual conference of the American Evaluation Association is Speaking Truth to Power, this would be a good time to recall the first and only international evaluation award ever given for speaking truth to power.  Here’s the story:

In early 1994, Canadian Lieutenant General Roméo Dallaire headed the small UN Peacekeeping Force in Rwanda as the threat of violence increased. In the weeks before the violence erupted into genocide, he filed detailed reports about the unspeakable horrors he and his troops were already witnessing. He documented the geographic scope of the growing violence and the numbers of people being slaughtered. In reporting these findings to UN officials and Western governments, Dallaire pleaded for more peacekeepers and additional trucks to transport his woefully ill-equipped force. Dallaire tried in vain to attract the world’s attention to what was going on.

In an assessment that military experts now accept as realistic, Dallaire argued that with 5,000 well-equipped soldiers and a free hand to intervene, he could bring the genocide to a rapid halt. The United Nations, constrained by the domestic and international politics of Security Council members, ignored him. The Rwanda evaluation documented the refusal of international agencies and world leaders to take seriously and use the information they were given. 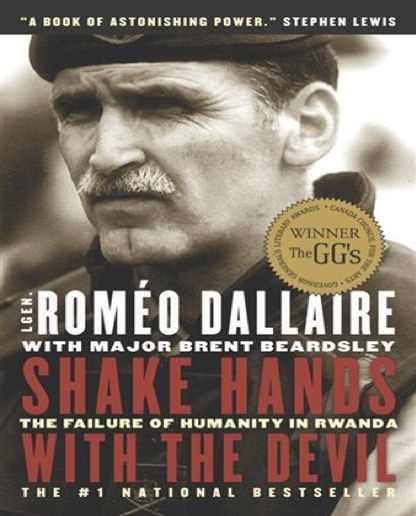 At the joint Canadian Evaluation Society and American Evaluation Association international conference in Toronto in 2005, following his keynote, Romeo Dallaire was awarded the Joint Presidents’ Prize for Speaking Truth to Power. “I know that there is a God because in Rwanda I shook hands with the devil. I have seen him, I have smelled him and I have touched him. I know that the devil exists, and therefore there is a God”[1].

Personally I do not think that there is a God. If there was she would not have let this genocide happen.

The International Response to Conflict and Genocide: Lessons from the Rwanda Experience Synthesis Report.

The American Evaluation Association is celebrating Memorial Week in Evaluation. The contributions this week are remembrances of pioneering and classic evaluation publications. Do you have questions, concerns, kudos, or content to extend this aea365 contribution? Please add them in the comments section for this post on the aea365 webpage so that we may enrich our community of practice. Would you like to submit an aea365 Tip? Please send a note of interest to aea365@eval.org . aea365 is sponsored by the American Evaluation Association and provides a Tip-a-Day by and for evaluators.