Hi. I’m John Burrett, evaluator, data visualizer and network mapper. You can find me at http://haikuanalytics.com and on Twitter at @JohnBurrett. I’m always happy to hear from you.

I’ve been doing network analysis of Twitter and Facebook messaging for several years. It’s amazing how much structure you see in these networks and how much they tell you about your success in spreading messages and creating connections and dialogue.

Two conferences were held back-to-back in Atlanta in 2016: the Impact Convergence (IMPCON) and AEA’s annual conference in an effort to introduce people involved in impact-oriented investment and evaluation. AEA hoped that ideas would be shared and contacts made. Mapping the Twitter conversations generated was one way to evaluate the success of this effort. We found interesting things regarding the network, including the existence of high-prestige and “broker” individuals and structures supporting good communications. Here, we’ll talk about observations on the timing of tweets during the events, and lessons learned for planning future communications strategies. 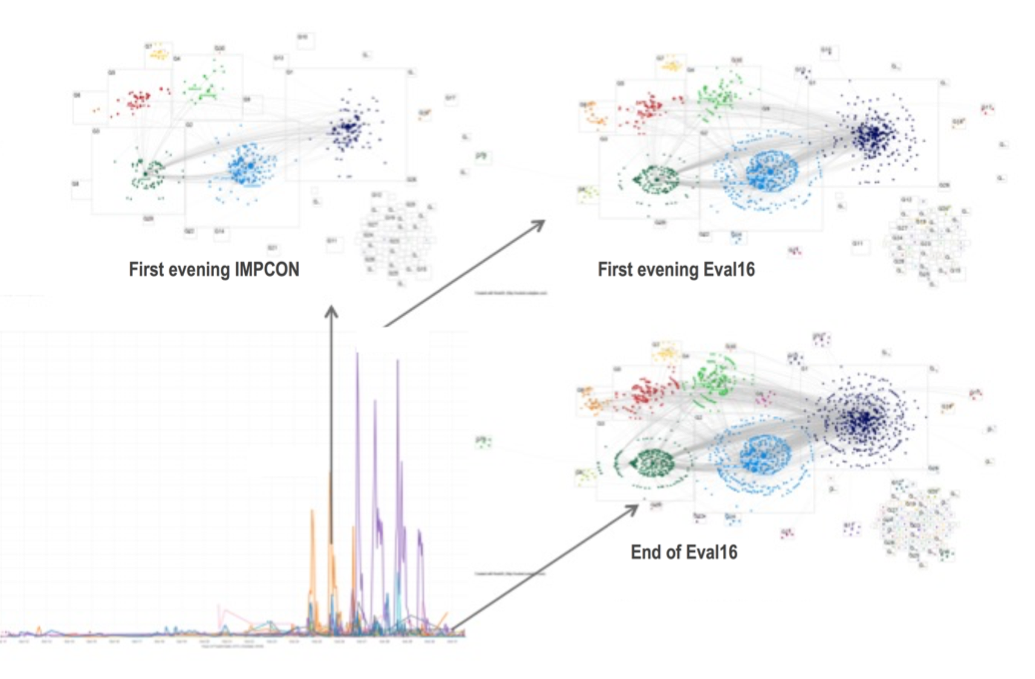 First, while it was not surprising that tweets accumulated over time, it was surprising that the structure of the network remained stable over the duration of the conferences. For event communications planning, this means that you can potentially identify active and interacting individuals and groups early, and begin focusing on them to you spread your messages. 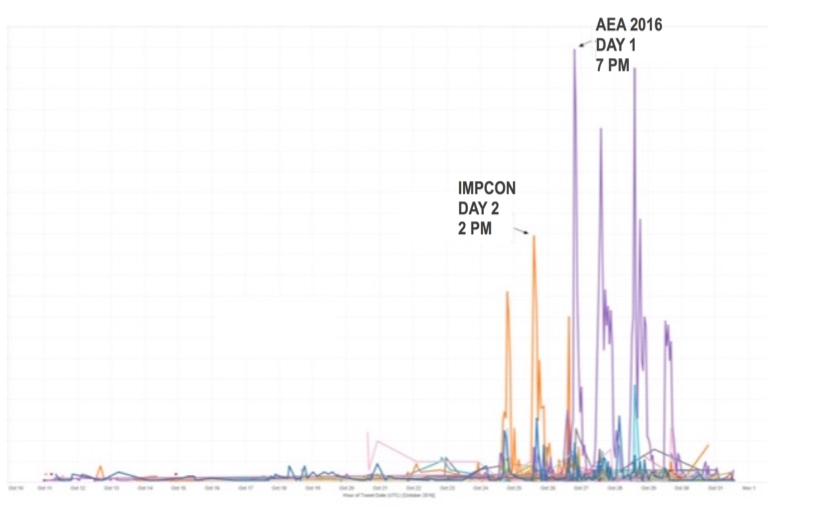 Secondly, we found a pattern in the daily volume of tweets. There was a pattern of Twitter use in the mid-afternoons and early evenings, corresponding to major events and coffee breaks. This revealed predictable times when the Twitter audience was more active and engaged, and therefore open to messages.

Thirdly, we saw how important it is to establish an official hashtag that most will use. Here, you see the pattern for tweets using 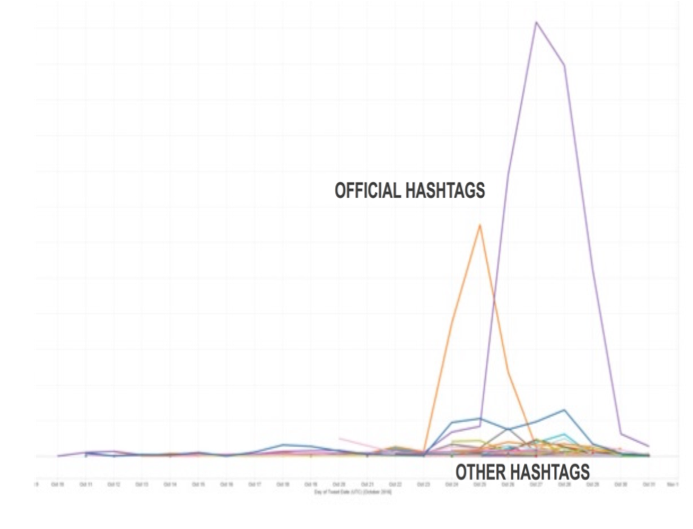 the two official conference hashtags.  Note however the multiplicity of ad-hoc and erroneous hashtags. These were recorded because the messages also included one of the expected hashtags or handles. But many more may not have and therefore did not reach much of the crowd. Make sure people are aware of and using the official tags along with their specific tags in order to maximize the spread of information.

Some tactics to help spread your conference Twitter messaging:

The American Evaluation Association is celebrating #EvalTwitter week. All posts this week are contributed by evaluators engaging, networking, and collaborating through Twitter. Do you have questions, concerns, kudos, or content to extend this aea365 contribution? Please add them in the comments section for this post on the aea365 webpage so that we may enrich our community of practice. Would you like to submit an aea365 Tip? Please send a note of interest to aea365@eval.org . aea365 is sponsored by the American Evaluation Association and provides a Tip-a-Day by and for evaluators.